How to use Nowcasting techniques to beat the queue in a world of fast data?

Pirimid Fintech > Insights > How to use Nowcasting techniques to beat the queue in a world of fast data?
Posted By jayetapirimid, on March 24, 2021 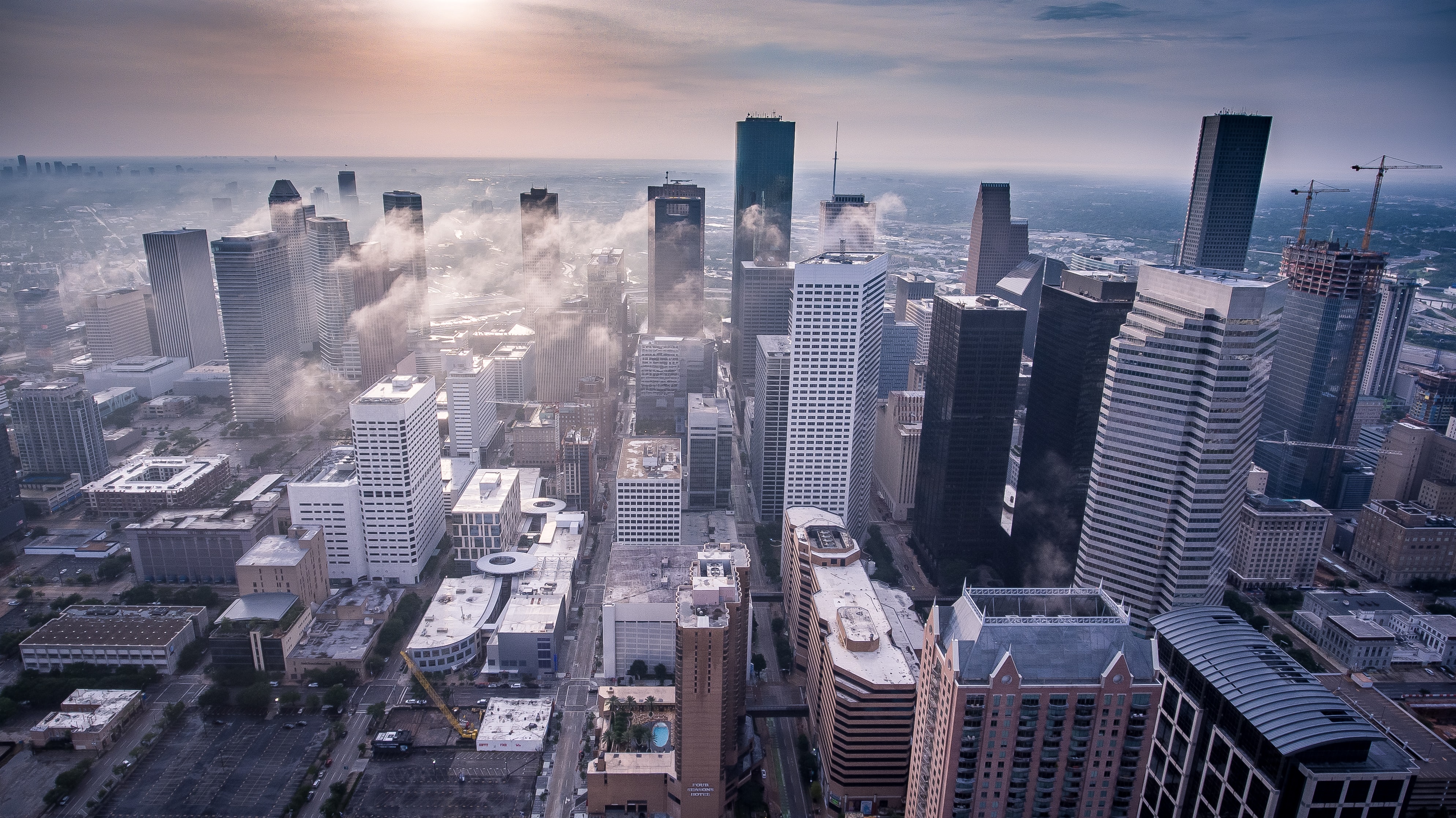 If someone were to ask, how does the weather look like?

The most common thing that anyone would do is to look out of the window.

However, what would one do, if someone asked the same about the economy?

Is there a way in which one can observe and understand how is the economy functioning?

Observing the current state of the economy not just requires measuring millions of transactions and activities across a wide geographic area but also requires them to be compiled into indicators that can be used to make decisions. The process of collection, compilation, and processing data into information that can be used by economists takes some time to be published. This lag makes it difficult to predict the present or past, let alone predicting the future. Ergo, it is difficult for economists to make informed decisions. The problem of lag in data reporting is called the problem of data timeliness.

The problem of untimely data is solved by consumer surveys like Consumer Confidence Survey (CCS), Purchasing Manager Index (PMI), etc. However, these surveys represent people’s opinions (like ‘How confident are you about your finances in this month vis-à-vis last month?) converted into indices. These surveys represent an opinion of a group of people that may or may not represent the state of the economy. The variability in people’s opinions represents the problem of noisiness where the underlying data collected may or may not represent the true picture of the economy. These problems of timeliness & noisiness can be solved with big data across time series through now-casting models.

Nowcasting is the term used in meteorology that was imported into economics for having similar characteristics. Nowcasting in its literal sense means forecasting the present, the very near future, and the very recent past. In other words, it is about getting estimates of low-frequency economic data before the data is released (which typically lags the actual point of occurrence)

While there many types of models used for nowcasting. However, the most prominent models are as follows:

The dynamic factor nowcasting model uses a large and heterogeneous set of predictors, including both ‘hard’ and ‘soft’ data (e.g., everything from unemployment statistics to consumer surveys). The estimation procedure exploits the fact that these data series, although numerous, co-move quite strongly so that their behavior can be captured by few factors. All output series are generated by a dynamic factor model. This model was chosen to cope with the so-called curse of dimensionality (large numbers of correlated series) because it requires us to estimate only a limited number of parameters for a large dataset. The DFM model exploits the collinearity of the underlying series to come up with common factors. The model assigns weights to the series, optimally using the dynamic relationships among them.

One of the advantages of this model is also that it can handle the missing values without much intervention.

Vector Auto Regressions have been a standard tool in macro-econometrics because of their ability to capture dynamic interrelationships among macro-economic variables in a relatively parsimonious econometric framework. VAR model along with the Bayesian shrinkage is a powerful factor model for controlling the high estimation uncertainty due to the proliferation of parameters in a high-dimensional setting.

Along with the ones mentioned above, the machine learning algorithm for nowcasting is gaining rapid prominence and is, therefore, important to cover.

The large time-series data sets of many macro-economic indicators are used to train popular machine learning algorithms over an expanding window. The real-time data from a particular period was used to replicate a nowcasting situation. The predictive accuracy of ML models was compared with the previous models to find the ML model to be more accurate.

How does the nowcasting model work?

A nowcasting model typically uses a large amount of data from a time series of data to extract signals or factors that have influenced the movement in the economy or GDP. These factors primarily include economic indicators like rainfall, exports, imports, electricity consumption, etc. Also, many of these factors are co-moving. In other words, a lot of these indicators would increase with an increase in the GDP, or vice-versa. Ergo, a now-casting model uses co-relations amongst various such indicators across varied time series of data to create resilient co-relationships that can be used to predict the state/cycle of the economy. In other words, the now-casting model simplifies the big data across various time series to come up with factors or variables that will be pertinent in the prediction of the present or the very immediate future. Further, it also assigns weights to various such variables depending upon the ability of the variable to impact the result of the GDP.

What data can be used by nowcasting models?

The data to be used by a now-casting model depends on the economy and the country that the model is looking to nowcast. For instance, in the paper[i] by Asian Development Bank, trying to nowcast the GDP of India, they have used many data points like Total consumption, Investments, Exports, Imports, Cash reserve ratio, Total rainfall, and many more from various sources like MOSPI, Government of India, Central Bureau of Statistics, Government of India, RBI: Weekly Statistical Supplement, etc. to do nowcasting of Indian GDP. In the experiments, they came across some surprising results like the impact of the total rainfall on GDP is the highest. Rainfall plays a dominant role in deciding the economy of the country.

In a Nowcasting model for Indonesia developed by the Asian Development Bank again, various factors used were Bank of Indonesia reference rate, CPI, Foreign Reserves, Trade Balance, Consumer Confidence Index, Imports, Money supply, Net Foreign Assets, etc. However, unlike India, there was no particular factor that dominated the GDP now-casting for Indonesia. Therefore, it can be clearly seen that the economic indicators used by each now-casting model depends on the country for which the model is used.

Precedents of nowcasting used in the global parlance

In the United States, banks like the Federal Reserve Bank of Atlanta frequently generate available now-casts both before and after the US Bureau of Economic Analysis advance estimate. does the nowcasting of GDP. Further, another US bank, the Federal Bank of New York publishes its own publicly available nowcast of US GDP growth to provide a model-based forecast to the more routinely available forecasts. Further, European Commercial Bank uses the Dynamic Factor Model to make policy decisions. However, the Norges Bank (Norway) uses SAM (System for Averaging Models). SAM produces an average of various models. Similarly, the Bank of England uses a compilation of nowcasts from three different models to form its initial view. These varied models include 1) data based on various industries 2) Mixed-data sampling model 3) Dynamic Factor Model.

Further, websites like now-casting.com show real-time nowcast predictions for various countries like China, the USA, UK, and many other European countries. You can see many other data points and their impact on the now-cast of GDP on the same site.

As discussed above, other than policy-makers a now-casting model can be used by fund managers for investment management.

The prices of the investment assets are a function of the current state of an economic cycle as it can drive economic profits, business plans, purchasing power, and employment levels. These factors impact individual assets. Fund managers can use a now-casting model for managing hedge funds, AMCs, and private equity funds. Further, the fund managers can also use these models for predicting a policy response of the federal institutions to a predicted economic situation. For instance, if the now-casting model predicts a slower growth rate for the economy, it may be possible that the RBI would look to decrease the interest rates to revive the economy. If hedge fund managers can predict this fall in the interest rates, then they can generate higher IRR.

Drop a comment or write us an email at info@pirimidtech.com for any feedback about this article. Do check out our portfolio in building Robo advisory, Large Scale Trading Systems, Algo Trading, Stock Sentiments, Price Trends forecasting, Backtesting frameworks, Credit Model, Open Banking, etc. on our website. Connect with us to discover how our Fintech expertise can help you build cutting-edge solutions powered by AI/ML.

This is a guest post by Yash Surana, who is a CA and an MBA (Finance) from SPJIMR, Mumbai, and loves writing about finance, strategy, startups & Personal Finance.