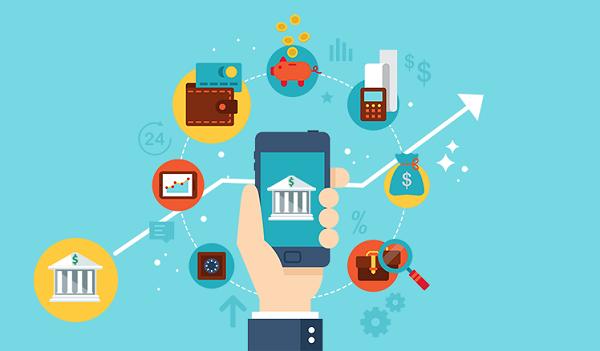 With the outbreak of the pandemic, people were locked up in their rooms all around the world. Even visiting the ATMs was quite tough in certain areas. We understood the value of eCommerce platforms and digital banking only because there was no way out except to rely on them blindly.

But except for the youth and a handful of people who are serving the IT domain, not many Indians are capable of trusting these digital banking options. Rather, the traditional banks are always chosen over the digital ones as we are not ready to give up on our age-old habits.

But there are several MSMEs out there who do not get the required assistance from banks at the time of need. They can’t avail the loan options due to the long process of it getting sanctioned.

Niti Aayog, the premier policy think tank of the Central Government recently proposed a paper on setting up fully equipped digital banks. It won’t have any physical body like the traditional ones. Moreover, it will be based completely on the Internet domain.

Even though not much has been revealed about it yet, let’s find out the basic planning behind this.

It is next to impossible to incorporate technology in traditional banking procedures. Even though chatbots and digital assistance are included by several banking bodies, most of them are not willing to rely on technology more, due to lack of knowledge.

That is where Niti Aayog’s digital banking will be coming into the picture. It is not going to have any physical branches but it will definitely reach every nook of the country.

Even when we are living in the 21srt century, the maximum population of India is still residing in the rural sectors. All the required amenities could not reach there yet and that is why the government is launching new schemes every now and then to improve the condition as early as possible.

Digital banking is going to open new pathways for the PM Jan Dhan Yojana 3.0 which focuses on providing doorstep banking facilities. With the thorough assistance of FinTechs, digital banking services will reach each person in need.

The rough draft of digital banking has already started a new revolution in the banking sector. It will soon open new doors for the country and mainly for those regions which are lagging in terms of getting access to upgraded facilities.

The Aadhaar authentication system was one of the most unexpected services which we came across, almost a decade back. India started its journey of turning into a digitalized country then.

Be it education, healthcare benefits, or banking services, there is a long road to overcome ahead. However, the outbreak of the pandemic did work as a catalyst and therefore, most of the sectors had to incorporate AI and technology for keeping themselves functional.

Making payments through UPI became quite useful for us. With minimal human contact and physical appearance, one can easily proceed with a transaction with just a handful of clicks.

As each sector is transforming its services continuously, providing monetary assistance to the ones in need has become more important than ever.

Most of the time, the financial support does not reach the MSMEs in time due to a varied range of reasons. Be it applying for loans, making payments, or withdrawing money from any part of the country, all of it will become easier than ever.

While the different FinTech bodies have facilitated fully functional digital banking services for quite a while now, this is for the first time that India is going to have its own open banking network.

There are a number of rural areas in India which have banks miles away from a residential area. There are several villages in the country which does not have access to banking services yet. But the usage of the internet and smartphones did offer them the opportunity to access different facilities since the outbreak of the pandemic.

Lack of education is one of the major drawbacks in our country, but even the village citizens are habituated with staying up to date with the trending possibilities. As the digital banking services of the Niti Aayog policy is supposed to simplify the life of many, it can be assumed that people will welcome its usage openly if it can prove itself to be a secure service to use.

While the major portion of the country’s economy is dependent on the MSMEs, it is quite vital to help them with the required financial support at times of an emergency. The traditional banks quite often fail to produce their services adequately when it is needed the most.

The verification process, the procedure of submitting a huge bunch of documents, all of it is a time-consuming process and that is why small and medium-sized businesses often rely on moneylenders and private financial sectors for getting loans.

However, with the emergence of the digital banking framework of the Central Government, the whole procedure will likely become simpler and user-friendly and will therefore provide its services to the users at the right time.

But if you are struggling with your financial products and are willing to improve your services and digital banking options, consult with Pirimid Fintech and upgrade your solutions right away!