What is ONDC and what it means for the retail world?

Pirimid Fintech > Insights > What is ONDC and what it means for the retail world?
Posted By Nirav Prajapati, on January 12, 2022 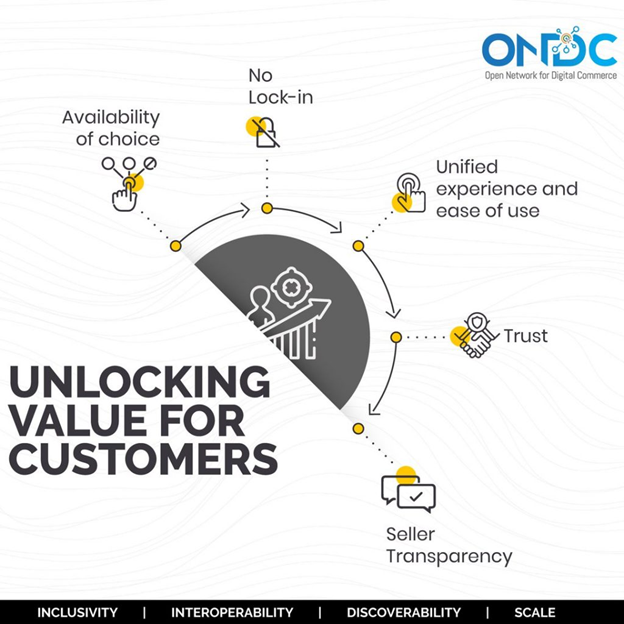 When both Google Pay and PhonePe use the same Unified Payments Interface or UPI platform, someone with a Google Pay account can now send money to someone with a PhonePe account. A similar experiment is being planned by the government in the e-commerce sector, which is now dominated by Amazon and Flipkart. The Open Network for Digital Ecommerce, or ONDC, aims to level the playing field for small businesses.

India is attempting to create an Open Network for Digital Commerce (ONDC) in order to democratize digital commerce (e-commerce) in the country and provide alternatives to private e-commerce sites. A steering group has been formed to oversee the ONDC project’s implementation.

The effort is being marketed as a way to break up the dominance of platforms such as Flipkart and Amazon, which have been accused by the government of illegally wielding monopolistic power. Industry stakeholders, on the other hand, have labeled it as harmful to foreign firms in the category.

What is Open Network for Digital Commerce?

The ONDC is envisioned as a neutral platform that will provide open-source protocols for cataloguing, vendor match, and price discovery, similar to the Unified Payments Interface, to provide equitable possibilities to all marketplace players, including consumers (UPI).

It means that consumers and sellers can conduct business regardless of whether they are affiliated with a certain e-commerce portal. For example, once ONDC is implemented, even if a seller X is registered on A platform and a consumer is registered on B platform, the consumer can directly purchase products from seller X without having to register on A platform.

ONDC’s goal is to promote open networks that are built using open-source techniques, open specifications, and network protocols, and are not tied to any one platform.

The Quality Council of India has been charged with integrating e-commerce platforms using network-based open-source technology, and has assembled a team of professionals to carry out the project.

What does Open Source Mean?

Making a process or piece of software open source means that the technology or code used in it is freely available for anyone to use, redistribute, and change. While the iOS operating system is closed source (meaning it can’t be legally modified or used), the Android operating system is open-source, allowing smartphone manufacturers like Samsung, Nokia, Xiaomi, and others to customize it for their devices.

What is the Importance of India’s Open Network for Digital Commerce?

The ONDC is planned to digitize the whole value chain, standardize operations, encourage supplier participation, improve logistics efficiency, and increase customer value. When the ONDC is fully implemented and regulated, all e-commerce enterprises in India, regardless of brand, would be required to follow the same protocols as Android-based mobile devices.

Discoverability, interoperability, and inclusivity would be ushered in, giving a boost to smaller online shops as well as new entrants. It will empower suppliers and customers by breaking the monopoly of major platforms in industries such as retail, food, and mobility, allowing them to drive innovation and alter their businesses.

The Future of Open Network for Digital Commerce

While it is uncertain what form ONDC will take, the committee’s powerful makeup demonstrates that the government is serious about doing business. The forces behind Aadhaar, Nandan Nilekani, non-executive chairman of Infosys, and former bureaucrat R.S. Sharma, are on board.

Dilip Asbe, MD and CEO of the National Payments Corporation of India (NPCI), the company behind the Unified Payments Interface, is in the same boat. The mechanism envisioned for rolling out ONDC is the standardized open-source platform of UPI, on which numerous private firms like Google Pay and Paytm offer mobile money transfer services.

However, the presence of two other members on the committee—Praveen Khandelwal, secretary-general of the Confederation of All India Traders (CAIT) and a vocal critic of e-commerce companies, as well as Kumar Rajagopalan of the Retailers Association of India—leaves no doubt about which way the cookie crumbles. There isn’t any representation for e-commerce businesses.

With the rapid growth of e-commerce in recent years, there has been an increase in opposition to it, particularly from conventional merchants. CAIT and others have accused Amazon and Flipkart of everything from exploitative pricing to prioritizing specific suppliers to foreign ownership. Flipkart, despite being an Indian company, was acquired by Walmart, the American retail behemoth, in 2018.

Goyal had also made no attempt to conceal his disdain for tech behemoths in general and Amazon in particular. “It’s not as if they’re doing a favor to India when they invest a billion dollars,” Goyal said when Amazon CEO Jeff Bezos announced a $1 billion investment in India in January 2020. During his most recent visit to India, Bezos was denied an audience with Prime Minister Narendra Modi and Goyal.

Whereas the epidemic has prompted a greater acceptance of online shopping—a Bain & Company survey claims that the business grew 25% last year—it has also been greeted with more resistance. This has taken the shape of government statements, Competition Commission of India inquiries, judicial cases, and even a new proposed e-commerce policy that aimed to impose stricter regulations on e-commerce businesses’ operations.

It will be difficult to reconfigure for leading e-commerce businesses, requiring a total overhaul of their systems and the loss of advantages such as control over the user experience and consumer behavior information. It will give the government more control over what is sold and bought. For example, in UPI, a recent government regulation set a 40 percent market share limit for any service provider, effectively stifling market leader PhonePe’s expansion (interestingly, owned by Walmart). It’s also unclear whether ONDC will provide physical world shops with a level playing field advantage.